A computer is used to size text and define line breaks. The two foot by three foot pages of each volume are laid out in full-size spreads. This enables scribes to work on pages simultaneously, maintain consistency and avoid awkwardly breaking words.

The script used in The Saint John’s Bible was designed by Donald Jackson with three qualities in mind. The text had to be readable, modern, and appropriately dignified for the Bible. Subtle differences in the final script mark the work of the six individual scribes on the project. 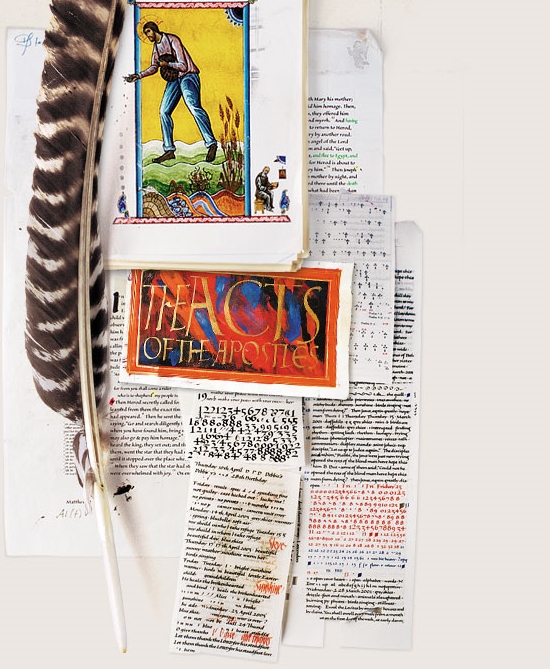