Donald Jackson is one of the world’s foremost Western calligraphers. At the age of 20, Jackson was appointed a visiting lecturer at the Camberwell College of Art, London. Within six years he became the youngest artist calligrapher chosen to take part in the Victoria and Albert Museum’s first International Calligraphy Show after the war and appointed a scribe to the Crown Office at the House of Lords.

As a scribe to Her Majesty Queen Elizabeth II, he was responsible for the creation of official state documents. In 1985, he received the Medal of The Royal Victorian Order (MVO). Jackson is an elected Fellow and past Chairman of the Society of Scribes and Illuminators, and in 1997, was named Master of the 600-year-old Guild of Scriveners of the city of London. He is the author of The Story of Writing.  Jackson and his wife Mabel live and work in the Hendre, a converted town hall and outbuildings in Monmouth, Wales. 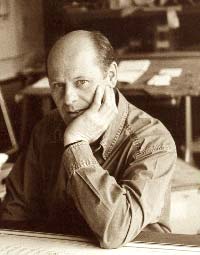